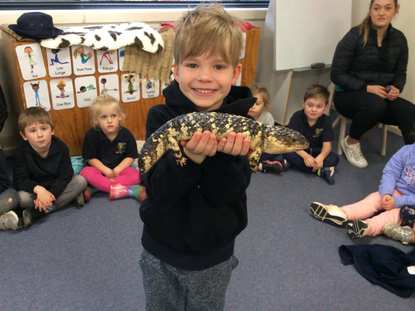 Gol Gol Preschool was established in July 1982 as the “Alcheringa Preschool Centre” was officially opened by Tim Fischer M.P. It was the culmination of hard work and determined parents to provide a centre where their children could develop skills in a social learning environment. For many years the parents had been meeting at a local “woolshed” for playgroup which the children loved. It was here one day that the idea of establishing a preschool was floated. Ian “Curly” Roberts was the founding president, and was strongly supported by his committee. In November 2010 the name was officially changed to Gol Gol Preschool, and on the 19th May 2011 the building extension was officially opened by Cindy Heley, Hayden Allen and Ian Whitfield. 2012 marked the 30th anniversary of the Alcheringa/ Gol Gol Preschool and a time to celebrate it’s growth over the 30 year period.

With the expansion of the building and grounds, naturally came an increase in the number of children who utilise the service. The staff has also increased from two staff members in 1982 – 7 employees plus a cleaner employee currently. The fundraising events all organised by parents, may have changed over the years from “stump picking” and “sheep poo” drives of the 80s and 90s, to the Pie Drives, Ladies Night and Two up which have all been successful events this year. The contributions of local families and businesses still remain crucial to the overall success of the Preschool.

Fees information is not available.

Burns Street, Gol Gol
Are you a child care centre? Chat to one of our product specialists to find out moreClaim Your Listing

Gol Gol is a suburb located in New South Wales. There are approximately 2 child care centres in Gol Gol.