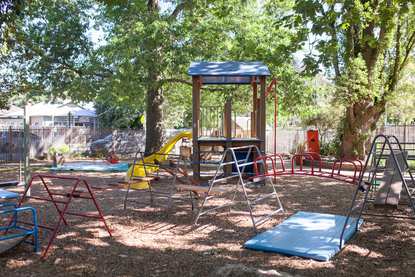 ​Glass St Kinder opened in 1956. In 2016 to commemorate the 60th anniversary a Time Capsule was buried in the kinder grounds. Children from both 3 and 4 year old groups drew pictures and a video was made interviewing the kids asking them about what they think the world would be like in 2056, these items were placed in the capsule to be opened in 2056 on the 100th Anniversary of the kinder.

As a community run kinder parents enjoy getting involved with fundraising and social events such as the Welcome BBQ, Bunnings BBQ, Kids Disco, Trivia Night and Christmas BBQ as well as parents dinners, park plays and coffee catch ups. All of these events are run and organised by the parents of the kinder and it’s a great way to get to know the kinder community.

At Glass St Kinder we love to take advantage of our surroundings and have had the opportunity to get involved and explore in the local community. Local excursions are enjoyed by both the 3 year old groups and 4 year old groups.

Fees information is not available.

16A Glass Street, Kew East
Are you a child care centre? Chat to one of our product specialists to find out moreClaim Your Listing

Kew East is a suburb located in Victoria. There are approximately 5 child care centres in Kew East.

There are 3 centres nearby that Toddle recommends, with Little Learners Early Childhood Centre Camberwell being our top recommendation.

Not what you're looking for?